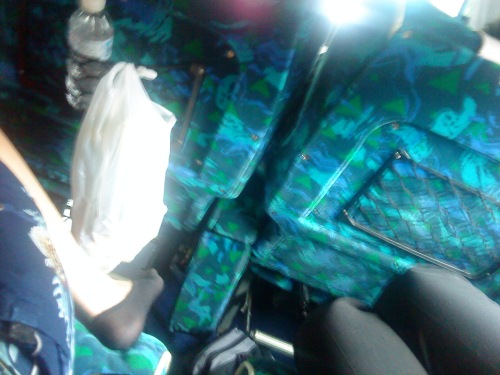 I caught a coach to Singapore with Ying at Puduraya station. I also caught a cold.
It’s the first time we travelled together alone at such a distance.

The ride was… cheap.
The food was… there’s no food.
The entertainment was… Scorpion King, all muscles and sex for the old folks travelling with us.

It was amazing we didn’t feel the least bit tired after arriving in Singapore 5 hours later and we headed to Liang Court to relish on Tampopo’s sexy Kurobuta ramen and loitering around Kinokuniya.

The next morning, we visited the Singapore Zoological Gardens.
It was raining and the animals were still asleep.

The sleeping otters were adorable but their odour wasn’t.

The smell was enhanced when they are awake. Urrgghhh….可愛くて臭い.

One of the most sought after exhibits was the white tiger.
It made headlines when a Sarawakan idiot jumped into the enclosure and made such a ruckus with a pail, the tigers decided to end everybody’s misery by turning him into cat food. 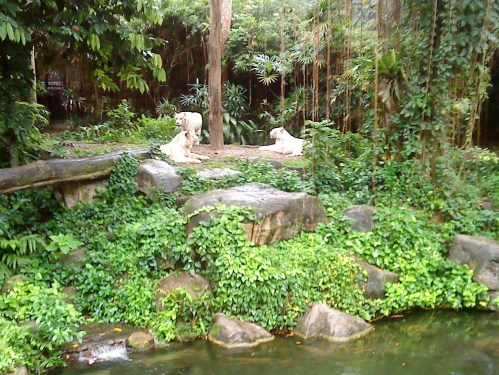 Aren’t they deceptively adorable?
The Sarawakan idiot has shown us that there’s danger behind that ball of cuteness and fur.
Another one would be the polar bear. 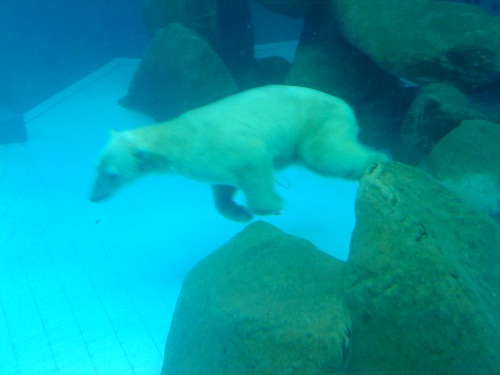 This is Inuka and he’s such a heart-rending cutie, he made the Japanese tourists go ‘きゃあぁｖｖｖ肉球！！！’.
Did you know that a polar bear’s fur is actually transparent?
And its skin is actually black?

We saw Squall, Warrior of Light and Frioniel!!!
Squall- Lionheart

Warrior of Light – Gnu of Light

Dissidia obssession aside, we saw other interesting exhibits such as the indecent proboscis monkey with its phallic snout and exposed pe***.

Thus, no pictures were taken except this information board.

The Fragile Forest exhibit is by far the most enjoyable.
Visitors are allowed to get up close and personal with the animals inside a net enclosure.
There were parrots, squeaking ducks, crossing lesser mousedeer, harrassing giant pigeons, jackfruit-gnawing fruit bats, lemurs and butterflies. 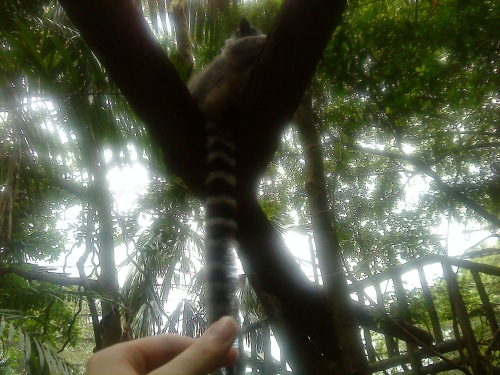 After torturing our feeble legs for the whole day, we were famished.

Thanks to the exorbitant food prices in this zoological isolated location, we could only afford some measly kaya buttered toast at Ah Meng’s kopitiam.

The pathetic lunch at the zoo was compensated with dorayaki and caramel cream cake at ION’s food basement.
As usual, we went to Kinokuniya to loiter and we found our pixiv friend Kirara san’s true occupation: 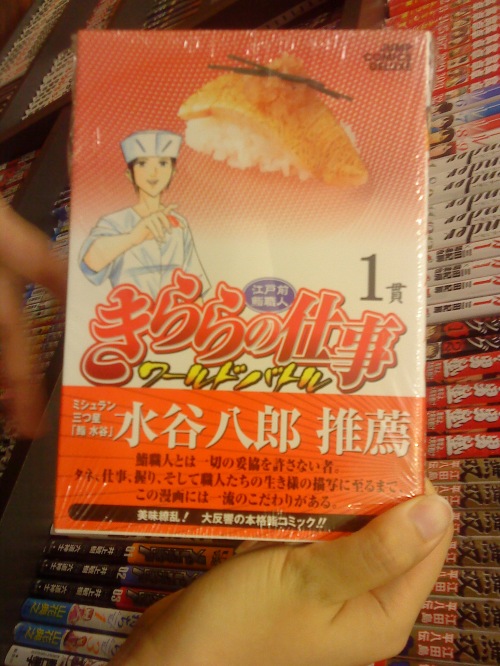 We headed to City Hall for some Botejyu okonomiyaki only to find a long queue of hungry ghosts.
The area was teeming with foreign visitors and security forces all gravitating towards the F1 race track.
Disgusted by the lunchtime crowd, we headed for Marvellous Cream and the rich ice cream nestled in a crisp waffle bowl was heaven to my mouth.
We returned to Botejyu and found that the ghosts have returned home and the hell gates were closed.
The Moonlight Okos wasn’t as good as the Liang Court branch and it’s a dollar more expensive.
Well, it’s worth the convenience though.
Ying finally got the wireless router modem and we headed to Liang Court’s Kinokuniya and Meidiya supermarket to loiter some more.
After much loitering and listening to high school boys rave about Rozen Maiden being the most awesome thing god ever created (they are going to join the hungry ghosts in hell I presume), we went to Tampopo to have our final supper of orgasmic katsu dishes and kurobuta dumplings.

It was a pretty ordinary day… I got myself a toothbrush from the supermarket.

Everything was fine until I saw my EZlink card balance: